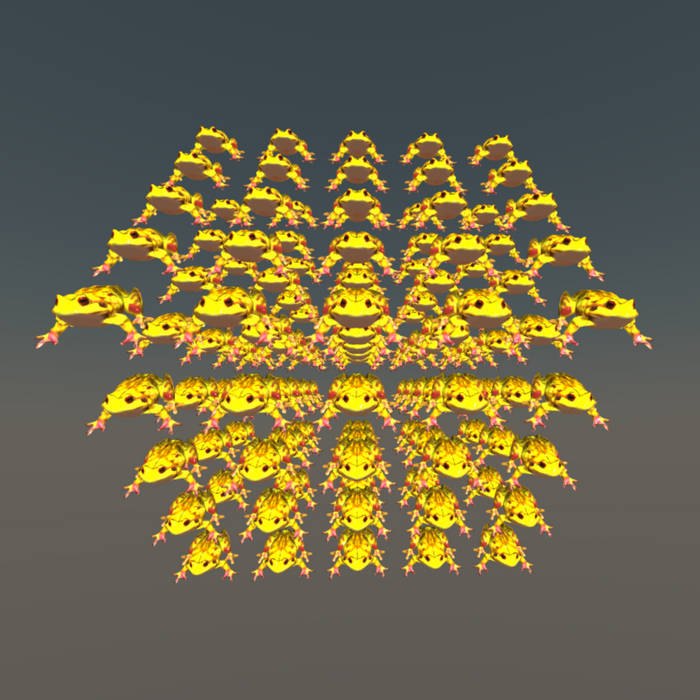 You might think that Daniel Creahan is everywhere. As a founding member of New York’s "most extreme record label," Sweat Equity, he has served as a quiet but vital energy in the city’s thriving late-night scene, promoting and running door as energetically as he throws down on the floor. Somewhere in between this cascade of cold calls and cordial nudges, he produces cerebral, dub-inflected tracks that range from his initial formula of loose breaks and wide pads, to more recent forays into West Coast rave, downtempo, and even spaced-out B-12 tributes. Working behind a number of pen names, he’s recently settled on Alien D, a coy reworking of his first name, which has seen excellent releases on Chicago's Lillerne Tapes and his own imprint.

For Jazzin' the Cube, D takes us on a hypnotic, chugging ride through the “digital murk” – a term he’s coined to describe the post-truth, post-content, post-whatever timeline we’ve found ourselves endlessly scrolling through. But rather than evoking nostalgia for a time when things were more “simple”, the record asks us to imagine life in a swamp which can never be drained. Using the Frog as his symbol of this so-called boglife, Creahan engineers an environment of FM bells, subtle bleeps, deep, warm bass, and even a woozy sax across these three immersive tracks. The effect is ominous, yet remarkably warm and inviting. As he explains, “Frogs are the scions of the swamp. They sit comfortably in the food chain between the predators and the prey. Yet at the same time, they’re extremely sensitive; they absorb everything from the environment through their skin. I see the Frog as an example of how to survive in the digital murk without losing one's ability to empathize.”

fifteen.pm invites musicians to expand their visions through the collaborative development of immersive environments.